The plan was to ride all day today..... no destination just to ride. I gathered up all of the oil I could find around the shop. It was a special blend of weights and viscosities all mixed in a six quart jug. I planned on using it all. I headed west and about 15 miles in I went to pass a car and my throttle cable snapped. I played the rotary dial carb game with my finger all the way back home. It wasn't bad after you got moving but starting out was fun. I'd hit the slightest bump, my finger would jolt the throttle then the springer comes into play and sends the whole process in motion. Before you know it you are doing one handed wheelies. I parked it in the shop and hopped on ol' faithful 69 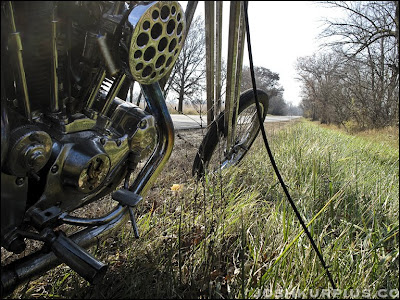 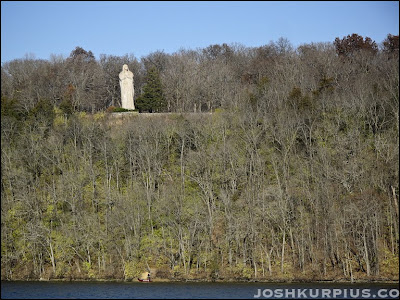 I ended up on the river road toward Oregon. 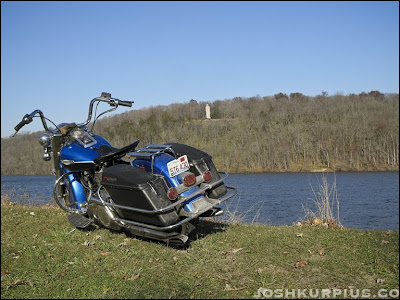 I stopped along the river and checked out the Blackhawk statue 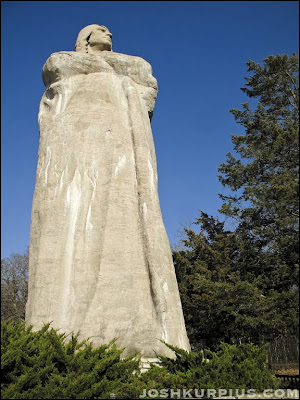 The Statue was created by Lorado Taft in memory of all the Native Americans that lived along the Rock River. 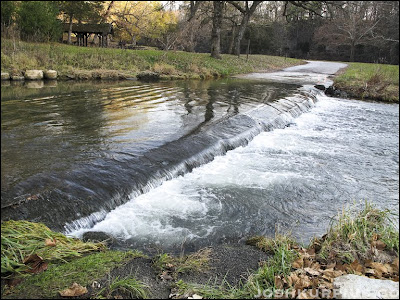 Not to far up the road is White Pines State Park. This is one of my favorite State Parks. My memories of this place go way back. Within the Park there are these river crossings that have you drive your car or bike through the water. I've been across it on a bike on few occasions but today I didn't account for the high water level, quick current and a slippery bottom.... well I did give it some thought but went for it anyway. It was a good thing I forced plenty of mink oil into the grains of my boots earlier today because the water was quickly up to my knees. I noticed a young couple on the other side cheering me on but I got the feeling they really were wishing against me. The current was pushing me sideways and the rear would spin with a little to much pressure on the throttle but I made it through with no issues. The couple just smiled and gave me a thumbs up. It really wasn't a big deal while it was happening but I didn't really feel like going back across. 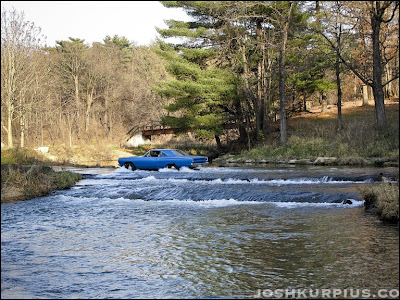 I parked and went for a hike. When I got back the park ranger was waiting beside my bike. He asked If i had any issues getting across. I said not really but I'm not looking forward to riding back across. He informed me that it had already swept the two motorcycles down steam that tried it before me. He said he could open a gate and let me out an emergency exit. I took him up on it because I didn't feel it being the next douche bag floating down the river.
Posted by Kid Kurpius at 2:17 AM

Beautiful...spent a bit of time around White Pines when I was a kid riding horses at the ranch out there.

I've been there a couple times as a kid too. Very cool. Enjoy reading your writings. I grew up and am living in Madison WI...so I know of alot of the places you guys are riding...its a beautiful area.