As I was headed to St. Louis Rich was headed to Chicago. He told me I could crash at his place anyway and that the bike was in the garage. I took it upon myself to throw a leg over and head towards the great Mississippi. I didn't have any plans so I just took the roads that felt right. I ended up in Alton IL. and I couldn't roll through without saying hi to my friends at Pyrotec. Lee and Steve are great guys and have been in it through thick and thin. There is a lot of motorcycle history in the St. Louis area and with that comes a lot of club history. Although they have both steered clear of the club life they have known and seen the clubs come and go. They gave me a little insight on the history around the Alton/St. Louis area. They showed me an "Ed Roth" painting that was hanging on the wall. Supposedly Dave Mann and Ed Roth were trading paintings back in the day. The painting is based on actual events and they know some of the guys that were actually there and could tell the story of what was actually happening and the names on the people involved. They even knew the guy that is beating up his Ol' lady and the reason why in the lower left corner of the painting. Apparently this is actually a David Mann painting that Roth took credit for. There were also stories of Roth being dropped off in the middle of the desert and left for dead. I guess he made it out alive. 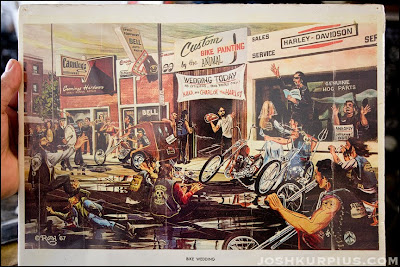 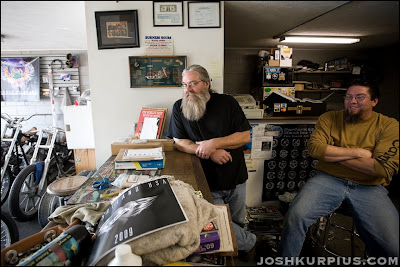 Lee and Steve. Lee used to paint with Tom Fugle back in the day. 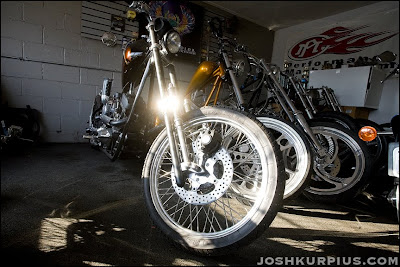 After my history lesson I headed up the river on Rich's Twin Cam. I love riding this bike. It's so fast and responsive I never want to get on an Ironhead again. Rich is one of those guys that can do just about anything. check out his first attempts at paint and engraving. 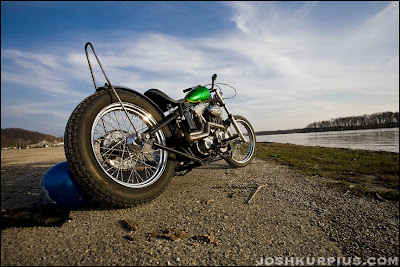 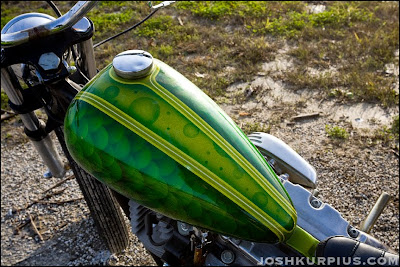 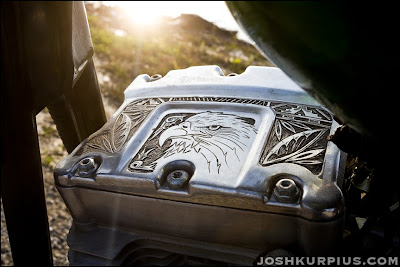 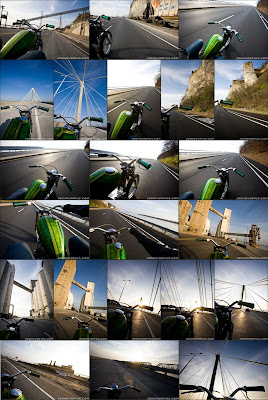 You better put your hands back on those bars. That aint your bike!