Before I could get out of town Rod took me on the grand tour of Du Bois. It didn't last to long but it seemed that every property he pointed out was owned by Beezer Bock. You'd think Bock owned the entire town. Even if it wasn't owned by him Rod would say...."Bock's got a buck of Triumph motors stashed in that barn" He is the hoarding type.... but I will say he keeps things pretty organized. He has barns and barns full of Brit parts but just has to many irons in the fire. Nothings runs......... he keeps threatening Rod that he is going to come blasting out of the alley on something one of these days. Rod doubts it.

He's that guy that has been doing it for years and has seen it all. He was was dig'n on my bike cause he had just seen it in a recent Easyriders issue. He said he used to ride a Triumph that looked something like mine back in the day. He is a great guy and maybe when I get back down there he will have something running. 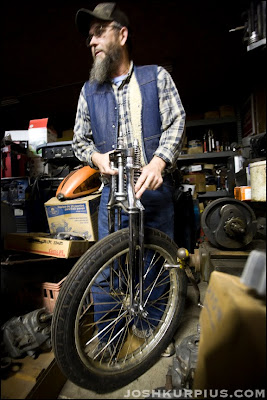 HD Springer that came off of an old hillclimber 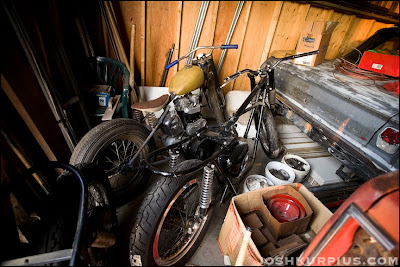 He has lots of rollers! 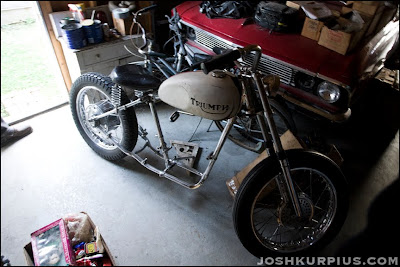 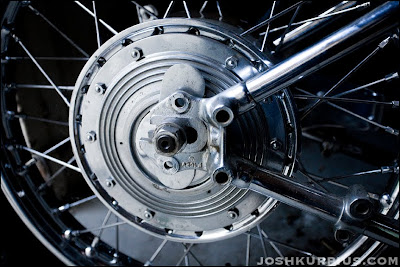 A sprung hub. The suspension is inside the hub! 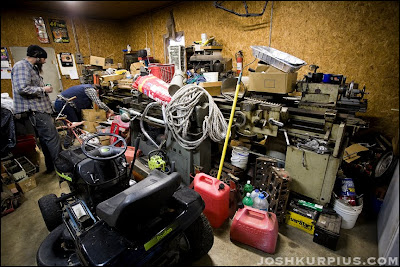 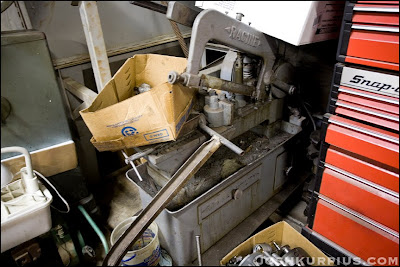 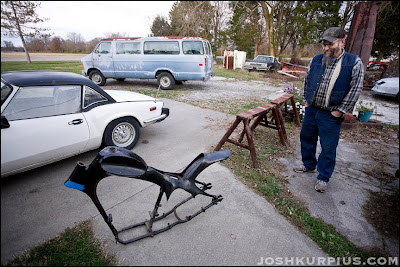 Bock and a Sweet Frame! All he knows is that it came out of New York..... and there is a lot of Bondo invovled 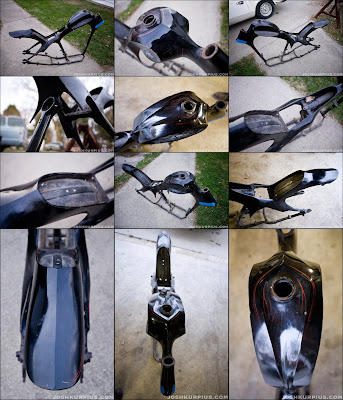