Southern IL. and the Lou of Saint

I had been cooped up for too long so on wednesday I decided you hit the southbound roads. I have found that two weeks in one place makes my skin crawl. Paul at Bare Knuckle Choppers throws an annual party and it just so happened to be going on this weekend. I called my good friend Rod Davis of Stripped Down Cycles in Du Bois IL and told him I was on my way down. I stayed in Du bois a night then headed into the run down city of St. Louis. 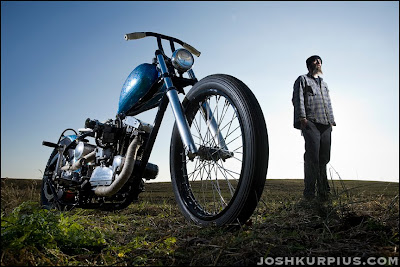 That bike is unreal in person.

Bike is the cats ass. Cross country ride was a true test and Rods a top notch feller.

Great bike from a great brother!!!