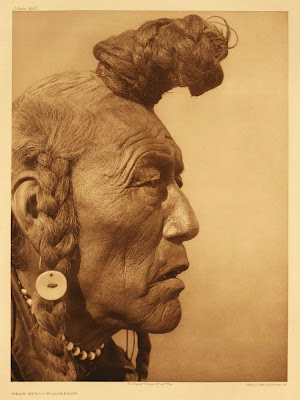 With the changing weather I've been home more lately. I decided that I should go through everything I own and organize it, sell it or throw it away. It's like a cloud over my head. I have to be able to get up and go if need be. I'd rather push it all over a cliff and forget about it but I have a hard time throwing away garbage let alone anything I own. Anyway.... I just found these pictures. I was about 17 with hair past my shoulders that I refused to wash. I was hanging at my friend Sam Brakefield's house and noticed some guitars in the closet. He said he'd sell me the Les Paul knock off for 50 bucks. I think it was actually his brother's but he sold it to me anyway. I immediately stripped it down to refinish it. Refinishing guitars was kind of my thing growing up. I've been infatuated with Native Americans for as long as I can remember and the image of Bear Bull just seems to fit a curve so nicely..... so I wood burned it into the guitar. I hadn't really done much wood burning but I thought I would give it a shot. 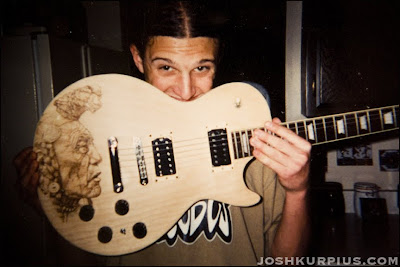 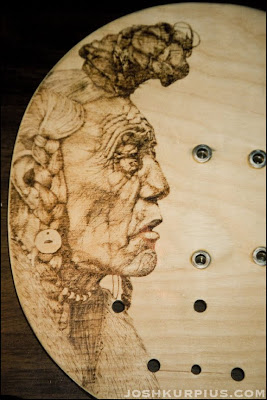 I engraved the same image into my primary cover only inverted. I shouldn't have polished so heavy because I lost a lot of detail. 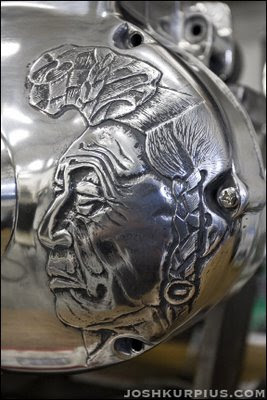 Rest In Peace Sam. I turned on the TV about a week and a half ago and The Doors movie was on. I sat and watched it and as I did so the character of Jim Morrison reminded me so much of him. I couldn't remember if Sam was 27 or 28 when he passed so I got online and looked up his obituary. He was 27 and he passed exactly one year to that day. It's strange how things like that work sometimes.
Posted by Kid Kurpius at 1:13 AM

You are very talented...

ES Curtis image, correct? I think I've seen it before...

sick. the can do it all guy. Very cool blog!