I finished up the tank at about three in the morning the night before leaving for Iowa. I colored the metal with a patina and hit the sack. It looked just as I thought it would but when I returned the next morning it had turned to velvet rust. I covered it with oil and rode to Iowa.
While recovering from a crazy weekend of partying in Des Moines Chris called me up and said he was at Mike's house spraying some tanks. He got me motivated to get up off my ass and do it right. I stripped my tank, fender and sissy bar then patinad the tank and fender and quickly sprayed them all with clear. The bike will eventually be painted but I like to run my bikes for a good year before painting them up all nice. 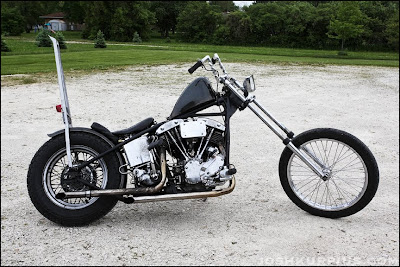 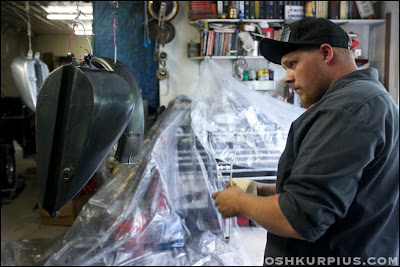 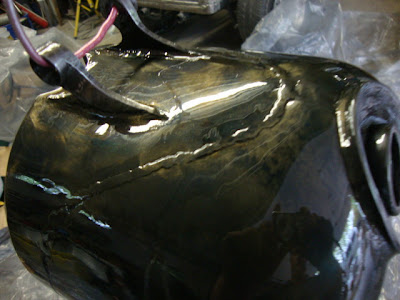 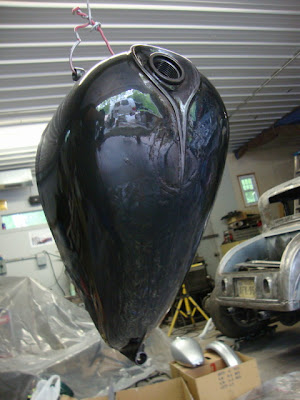 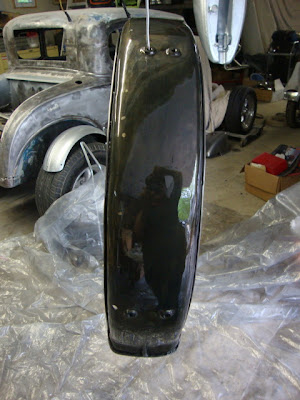 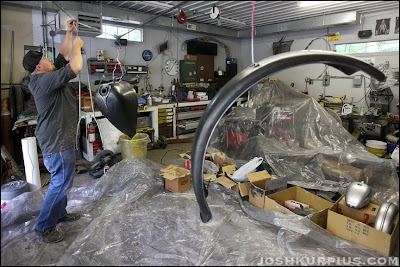 i think it looks killer with the paint. nice freeflow job.

very nice!! so how did you patina them?

Man josh taht bike looks killer a true black bird. Go figure since we shot the clear the sun been in hideing.I can only take the credit for the clear coat but the patina josh did is TOP SECRET.

wow! Love how the tank/fenders look with patina on it.