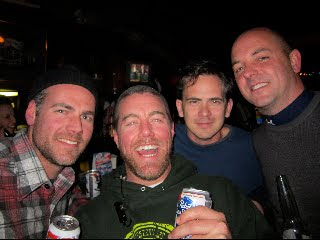 Harlan, myself and a fifth of Blackberry Brandy hopped on an Amtrak train on Friday afternoon to Detroit to hang out with some old friends. Our buddy Eric Lange has spent the last 3 years as a camera man on the television show deadliest catch up in Alaska, prior to that he was an editor for The Monster Garage in LA. He was offered the job as Producer for the new Monster Garage hosted by the Detroit Brothers and has called Detroit home for the last 6 months. Eric hired another one of our pals Matt Powers to help out with production, these are the guys that I travel to far off places with to do stupid shit whether it be surfing, dirtbiking or just getting out of the country for a while. They were having their wrap party for the show and we needed to nail down our next adventure destination so we headed out for some good times. 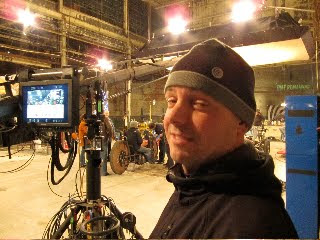 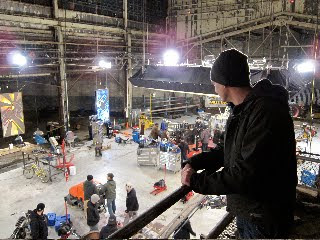 Wrapping the last day of shooting in the coldest warehouse in Detroit. 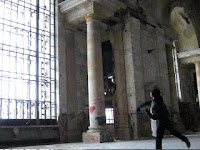 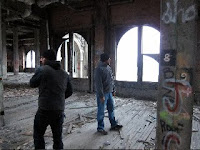 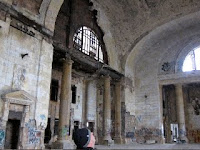 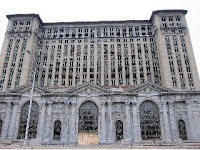 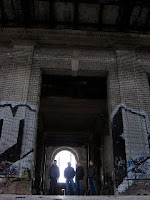 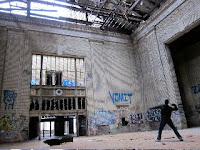 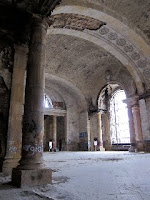 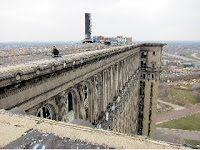 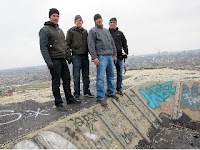 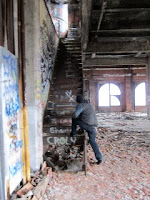 I truly believe that Detroit will be the first ghost town in our modern world. Downtown is completely empty and abandoned minus the ball stadiums and a few clinging businesses and restaurants. It's so empty that it's not even scary, just sad and unbelievably depressing. We decided to take advantage of the destruction and went over to the abandoned train depot which was once full of life. We broke in through an underground tunnel that wasn't covered with barbed wire and entered the underbelly of erieness. The bums in the dark aren't even intimidating, everything in this city is just broken, from concrete to human spirit. Once we made it in we found an empty playground for graffitti artists and anybody curious enough to find their way inside. The busted staircases were a bit sketchy but we finally wound our way to the roof top for the best view of the dying city. If I didn't have roots in this town I would've been stoked to have found the funhouse but it left my childhood memories of ballgames and coney dogs with my pops cloudy and burnt. I wish Detroit the best but I know it'll never be the same, so if you want to see the true state of the nation get on a plane, train or automobile and spend a weekend in Detroit City. Buy american while you still can, and keep the machines on this side of the pond.
Posted by B Harlow at 2:51 PM

There's a ton of cool shit like that around here, and there's gonna be a lot more by the looks of things... Some bums tried to kill us the last time we were in there. They were dropping chunks of building down on us from way up above. Fuckers.

hey that was the episode that i was on. it was a cool experience for sure.