Bobby and Josh stopped by my place about a month ago. We spent the day relaxing on backraods and slipping on ice cold Mountain Dews. Bobby may be known as a car builder but his roots lay in motorcycles. After almost losing his leg in a motorcycle accident he moved on to cars for a bit while his leg gained strength. He started up King Kustoms concentrating on Hot Rod and Kustom Car builds but with so many friends around him needing work done to their bikes.... motorcycles became a full time deal. These bikes are his friends visions that he put in motion. Bobby is currently putting together a panhead of his own vision. 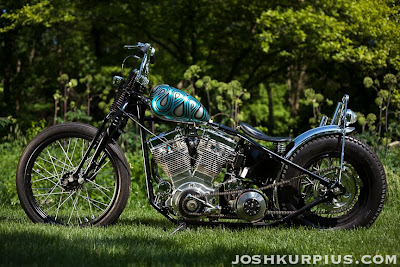 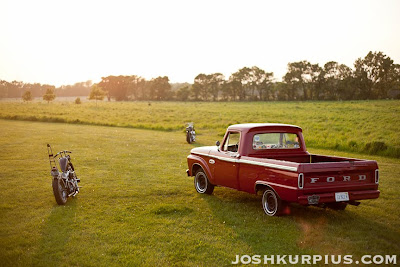 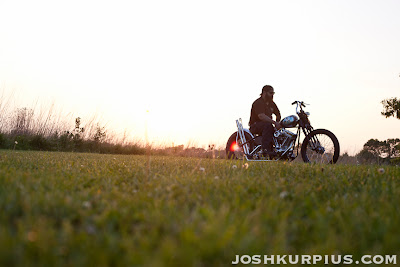 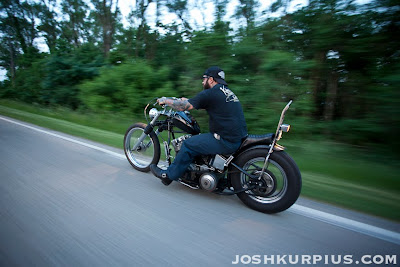 Bobby and Josh are excellent dudes. Met them on the VT but would help them out any time like the closest friend.

its all gonna burn said...